In the previous segment, we explored the nation’s first vouchers, made into law right here in AZ. Did you miss it? Catch up here.

Arizona, A Cautionary Tale for the Nation

Until the 1980s, Arizona had quality schools and well-compensated teachers. But over the past 30 years, the focused work of well funded privatization proponents has  starved our public education system and perpetuated a dangerous myth about “failing” public schools. Now, Arizona ranks last among the states in teacher retention, 49th in teacher pay, and 46th in per-pupil spending. 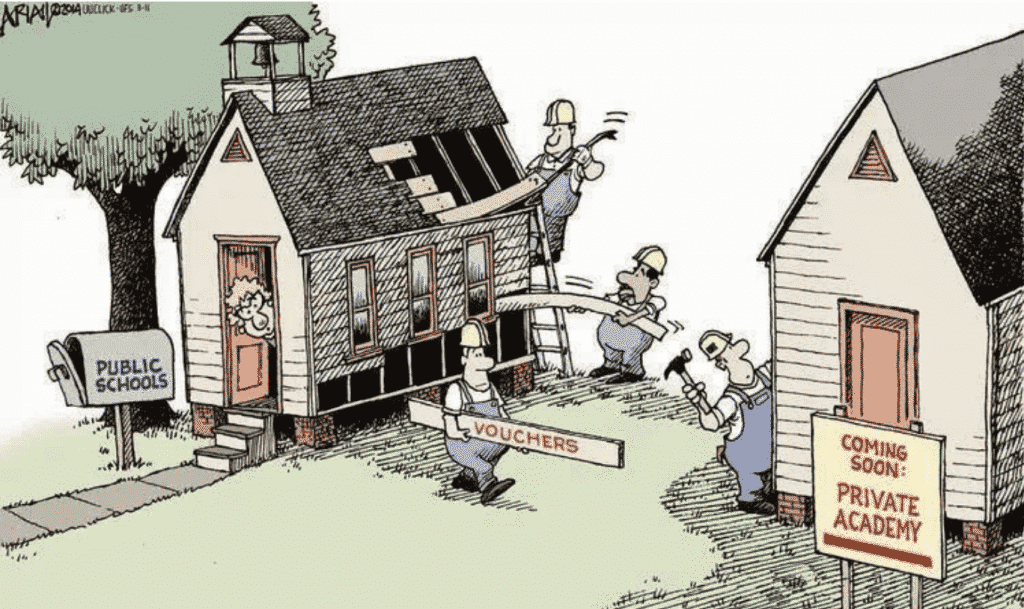 To learn more, watch for our next installment, Selling “School Choice.”