In the previous segment, we discussed who’s pushing and funding the false narrative of “school choice” and why. Catch up here.

The modern debate around private school vouchers often ignores their racist origins. While voucher pushers like to gloss over this history and the impact of vouchers on Black and brown communities, now more than ever the racist roots and fruits of the voucher system must be examined.

In 1954, in Brown v. Board of Education, the landmark US Supreme Court ruling held that when it comes to public education, the doctrine of “‘separate but equal’ has no place” and “separate educational facilities are inherently unequal.” This doctrine has yet to be fully realized in America, and the reaction to the decision illuminates why this is the case.

Brown v. Board spurred furious debate about the desegregation mandate, and ultimately led to the birth of private school vouchers. In response to integration, free-market economist Milton Friedman defined the concept of vouchers in his 1955 essay, “The Role of Government in Education,” in which he advocates for turning the public education system over to the free, private market, claiming that competition would improve schools, cost less, and yield superior educational outcomes. Friedman and fellow economist James Buchanan began pushing vouchers as a way to enable white flight from public schools. This would lay the groundwork for a harmful agenda of privatization that would threaten our public school system for decades, predicated on Friedman’s unrealized outcomes that are still touted today without evidence.

— Milton Friedman, the year after Brown v. Board of Education

A year after the initial Brown vs. Board decision, the US Supreme Court ruled again that federal district courts must act “with all deliberate speed” to integrate schools. US Senator Harry F. Byrd, a racist and avowed white separatist, stoked flames by calling the court decision “the most serious blow that has yet been struck against the rights of the states in a matter vitally affecting their authority and welfare. . . . In Virginia now we are facing a crisis of the first magnitude.”  With this line of reasoning, the Defenders of State Sovereignty and Individual Liberty, a political group dedicated to strict segregation in Virginia schools, advocated for an amendment to the state constitution to allow the creation of state tuition vouchers and to withdraw state funding for integrated public schools, which overwhelmingly passed the Virginia legislature in 1956. They claimed,“We therefore conclude that public education as it is presently constituted has been undermined and toppled to fragments by the general decision of the Supreme Court. We submit that Virginia has not abandoned public education; the Supreme Court has abolished it.”  (continued below)

In late 1958, when the Virginia Supreme Court ruled that schools in several counties had to desegregate, the governor closed all of those public schools rather than admit Black students. White citizens swiftly moved to form all-white private academies. The next year, when the courts ordered Prince Edward County to integrate its schools, the county board of supervisors voted to strip the public schools of all funding; subsequently, the private K-12 Prince Edward Academy opened with 1450 white students. Black families were forced to send their children out of the county or create grassroots schools in homes and churches in order to educate their children.

In 1964, a full six years later, Griffin v. County School Board of Prince Edward County determined that the County had to reopen its public schools due to violation of the Equal Protection Clause of the US Constitution. However, de facto segregation persisted. In 1971-72, only 5 percent of Prince Edward County public school students were white. Virginia, while an extreme case, was by no means an outlier. By 1969, there were 200 private “segregation academies” across the South being maintained by “tuition grant” (voucher) programs. 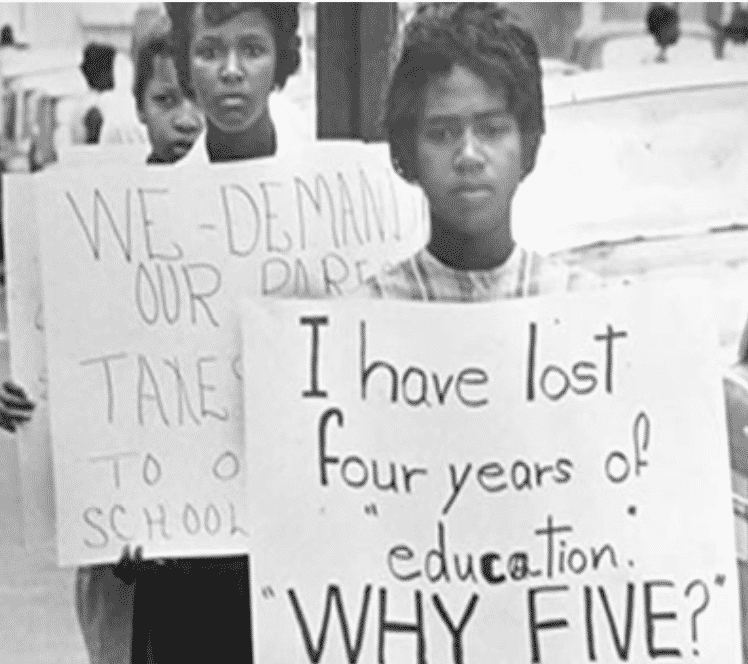 freedom in choosing public or private school” — the choice to attend racially segregated schools. At the same time, 21,565 students disenrolled from Alabama public schools, and over 11,000 students left public schools in Louisiana.

As these communities maintained dual school systems and more white students fled the public system, taxpayers were significantly less inclined to fund the public system — a pattern that holds today. “White flight,” meaning white families fleeing non-white schools, had devastating effects on districts’ abilities to raise funds. Today, we see this represented in the slashing of K-12 education budgets, accompanied by resentment towards taxation and a shifting of revenue sources from local taxes to individual tax credits, charitable giving, and PTO fundraisers — all of which exacerbates inequities in public school funding. (continued below) 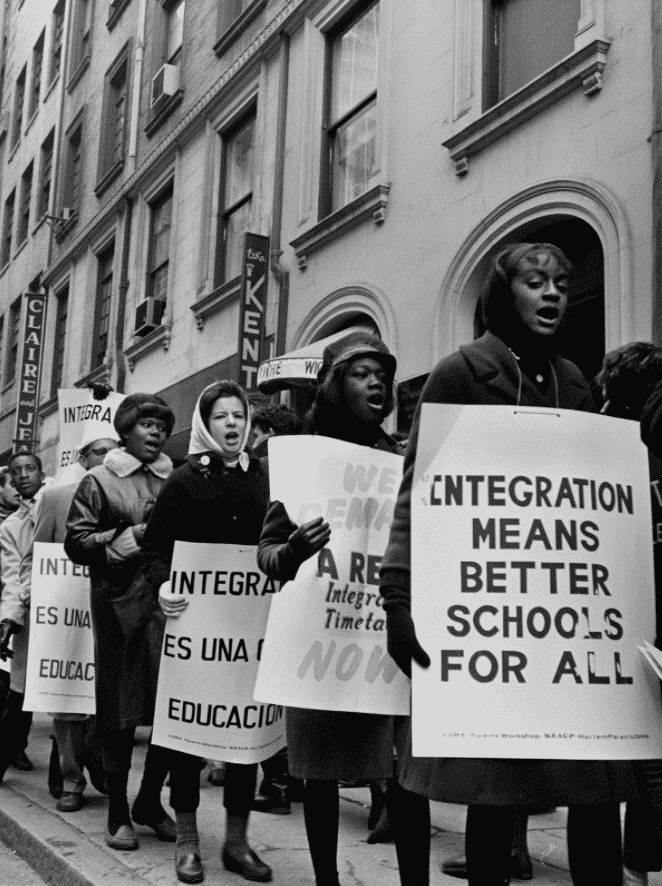 The clearly documented racist origins of vouchers could be dismissed as irrelevant if modern voucher programs had corrected these past wrongs. However, voucher programs today continue to perpetuate school segregation, systemic inequities, and a worsening opportunity gap for our children of color. As the NAACP Education Task Force notes, school choice options such as vouchers “are not a substitute for more stable, adequate and equitable investments in public education.”

They note that voucher schools are sapping funding from public schools and often exclude the neediest students.

The special interest groups that have pushed vouchers in Arizona could have designed vouchers to ensure equity, but they have resisted all such measures while disingenuously promoting vouchers as an opportunity to emerge from disadvantages. Instead, Arizona’s private school vouchers have created a system of “haves” and “have-nots,” siphoning $264 million per year in vouchers away from the public school system that overwhelmingly benefits these families.

Ignoring the racist roots of vouchers hides the fact that the current system perpetuates the racist ideals on which vouchers were founded. Let’s focus on strengthening our public school system by creating equitable funding structures so that all Arizona kids have access to a high quality education in their community.