How a Bill Becomes a Law in Arizona

A bill can become a law in Arizona in one of two ways: via the traditional legislative process, or via the ballot.

All bills begin with an idea. The idea may come from a citizen, community organization or business; a lobbyist, “think tank” or special interest group; the governor, a lawmaker or campaign donor; or any other entity.

Once an idea is ready to be turned into a bill, its proponent presents it to a legislator or group of legislators, in draft form or simply as an idea. If a legislator agrees to sponsor a bill for introduction, they open a bill folder with Legislative Council, whose nonpartisan staff reviews the bill or idea, puts it into the proper format, and designates the appropriate statute for the bill to create or amend. In Arizona, all draft legislation must go through Legislative Council.

Many bills begin as fill-in-the-blank documents given to lawmakers by corporations, interest groups or their lobbyists, to be introduced at the state level as “model legislation.” This “bill mill” approach has become so pervasive that it now drives agendas in every state house and touches nearly every area of public policy.

Only Arizona Legislators can file bills.

The bill’s sponsor files the bill with the Secretary (in the Senate) or the Chief Clerk (in the House), who assigns it a bill number.

The chair of the committee to which the bill is assigned decides whether and when to hear the bill in that committee. Most standing committees have weekly hearings at which the public can comment, either through the online Request to Speak (RTS) system, or in person at the chair’s discretion. Leadership of the majority party decides who sits on each committee, and typically gives itself a majority in all committees. Bills must pass each committee to which they are assigned with a simple majority vote. Any lawmaker may introduce an amendment in committee, which must also pass with a simple majority vote.

Some bills are assigned to more than one committee. Each chair, who is appointed by majority leadership, can kill a bill assigned to their committee by refusing to hear it.

After its committee hearing or hearings, the bill is heard by the Rules Committee, whose sole job is to verify that the bill is constitutional and drafted in the proper format. Bills cannot be amended in Rules.

Lawmakers in the chamber of origin divide separately by party to discuss the bill. No vote is held; it is simply an opportunity for each party to reach consensus on the bill.

Majority leadership in the bill’s chamber of origin decides whether and when to schedule the bill for a vote by the entire chamber. Leadership can kill a bill at this stage by simply not scheduling it for a vote. If any lawmaker wishes to debate or amend the bill, it goes to the “Committee of the Whole,” a term for all lawmakers in that chamber, who debate the bill and decide whether to adopt any proposed amendments. After this step, the bill receives a formal floor vote, or “Third Read.”

What happened to “Second Read,” you may ask? This step is constitutionally mandated. It consists of the bill’s short title being read on the floor of the chamber of origin, typically happens before the bill is heard in committee, and is generally little more than a formality.

All bills introduced and passed by the chamber of origin are sent to the other chamber to repeat Steps 2 through 5. 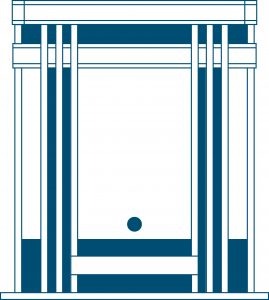 The governor decides whether to sign the bill into law. If the governor signs the bill, it becomes law 90 days after the end of legislative session. A bill can also become law without the governor’s signature; this happens automatically if a bill is not signed within 5 days while session is under way or within 10 days after session has ended.

If the governor vetoes a bill, this prevents it from becoming law. The legislature can override this veto with a two-thirds majority vote.

Legislation at the Ballot

Initiatives and referendums, also known as “ballot measures” or “propositions,” allow citizens to vote directly on legislation. Approximately half the states in the US, including Arizona, allow this form of direct democracy. Arizona is unique in that its Constitution specifically guarantees its citizens the right to “go around the legislature” and create its own laws.

This legislation may reach the ballot in one of several ways:

1. Legislative referral. The legislature may refer language for a statutory initiative or constitutional amendment, with a simple majority vote in both chambers, directly to the ballot to be voted upon in a future election. The governor’s signature is not required. This is most often employed in instances where the legislature requires voter permission for its action, such as an attempt to change the state’s Constitution, or for topics where a legislative supermajority vote would otherwise be required, such as a funding increase.

2. Citizen initiative. Any citizen or organization may gather signatures to place a statutory initiative or constitutional amendment on the ballot to be voted upon in a future election. Proponents must gather signatures from 10 percent of the voters in the last gubernatorial election for an initiative, 15 percent for a constitutional amendment. The measure becomes law if approved by a simple majority of voters. This process is heavily regulated by the legislature, with more regulations passed each year, but does not otherwise involve the legislature or governor. Both the signature-gathering phase and the ballot campaign phase that follows are typically costly and time-consuming.

3. Citizen referendum. Any citizen or organization may gather signatures to place a previously passed law on the ballot as a referendum, to be voted upon in a future election. In Arizona, this number is 5 percent of the voters in the last gubernatorial election. A Yes vote upholds the measure as law; a No vote overturns it. This process does not involve the legislature or governor, and as with citizen initiatives, both the signature-gathering phase and the ballot campaign phase that follows are typically costly and time-consuming.

In Arizona, laws made in this way are more difficult to change than laws passed directly by the legislature. The Voter Protection Act, a citizen initiative passed in 1998, prevents the legislature and governor from amending or repealing laws passed at the ballot box without a three-quarters vote, and then only if the change furthers the purpose of the initiative.

It is important to understand the context in which an initiative or referendum arrives to the ballot. Just as with the traditional bill-to-law process, multiple initiatives and referenda can be created for each election cycle, and there is no prohibition against multiple measures on the same subject appearing on the same ballot. Interestingly, this can be used to attempt both to influence legislative action and to dissuade citizen action. For example, the legislature may threaten to refer to the ballot a measure that competes with a disliked citizen initiative in an attempt to confuse voters, increasing the odds that both measures will fail. Alternatively, frustrated citizens may threaten to run an initiative to spur the legislature to action, or refer a particular bill to the ballot in an attempt to stop its passage.

Ballot spending also plays a factor in these types of laws. High dollar campaign spending by opponents of a ballot measure can be effective in defeating initiatives by contributing to a climate of confusion and uncertainty which influences many voters to vote “no.” For these reasons, it is important to know the origins of a measure, as well as who backs it financially, before deciding how to vote on it.